From Dave Barry - How to Sail a Sailboat 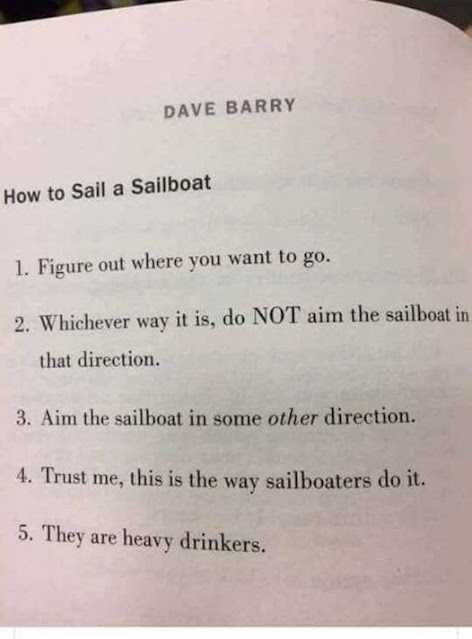 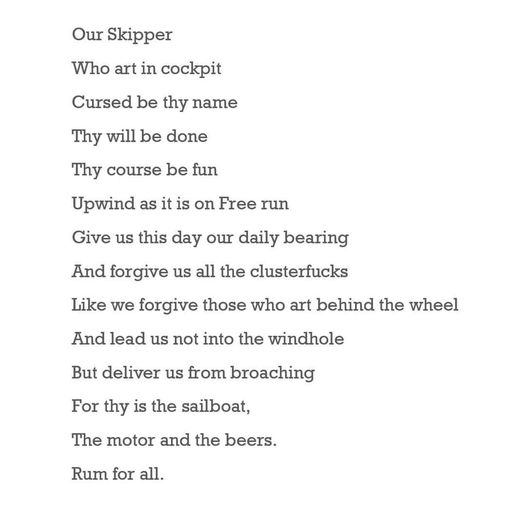 How to REALLY Prepare for a Solo Sailing!

Here's Tim Kent's suggested training routine to prepare for solo sailing. Tim Kent is a Lake Michigan solo sailor that raced in the 2002-2003 Around Alone Race, a five-leg course around the world which started and finished in Newport, RI. Tim Kent’s Open 50, Everest Horizontal, finished in second place in Class II for 40 to 50 footers.

1. Sleep on the shelf in your closet.

2. Replace the closet door with a curtain.

3. Six hours after you go to sleep, have your wife/girlfriend open the curtain, shine a million candlepower flashlight in your eyes, activate an air horn, and yell “Roger Blough to the sailboat approaching my starboard bow!”

4. Run into the kitchen and sweep all the pots and pans onto the floor after having previously covered the floor with BBs. Maneuver as fast as possible between the cupboards trying to put it all away. Must also be done at night, with clenched flashlight in teeth.

5. Tether yourself to a 4-wheeler, jump into a swimming pool, and have your wife/girlfriend drive laps around it until it runs out of fuel (the 4-wheeler, that is.) Should be done at night, in at least third gear, while wearing strobe and blowing whistle.

6. Every time there’s a thunderstorm, go sit in a wobbly rocking chair and rock as hard as you can until you’re nauseous. For full effect, wear the dog’s hidden fence electric collar, and go out to the mailbox and back

7. Put lube oil in your humidifier instead of water and set it to high.

8. Leave a lawnmower running in your living room for several hours per day to simulate recharging.

9. Have the paperboy give you a haircut.

10. Store up garbage in the other side of your bathtub.

11. Wake up every night at midnight and have a peanut butter and jelly sandwich on stale bread. Cold soup or canned ravioli are optional.

12. Set your alarm clock to go off at random times during the night. When it goes off, jump out of bed, get dressed as fast as you can, run out into the yard, and adjust the tension on your clothesline.

13. Once a month take every major appliance completely apart and then put them back together. Do this in the dark with a flashlight clenched in your teeth, and your wife/girlfriend occasionally dropping a plate onto the floor behind you.

15. Install a fluorescent light on the bottom of your coffee table and lie under it to read books.

16. Raise the threshold and lower the sills on your doorways so that you either trip of hit your head every time you pass through one of them.

17. Lockwire the lugnuts on your car.

18. Tether yourself to the hood of your car, and use your hacksaw to cut off the luggage rack, while your wife/girlfriend drives down a two track, at night, in the rain.

The original article can be found at: https://www.weather.gov/apx/lake_breeze

As residents of northern Michigan know, a beach along one of the Great Lakes is a great place to go if you want to escape the summer heat.  In addition to swimming, the refreshing breezes often present at the lake shore help to provide relief from the heat.  In the summer, it is not uncommon for temperatures at the lake shore to be around 80, while temperatures farther inland soar into the 90s.  We can thank "lake breezes" for these cooler temperatures.

Lake breezes develop when the land becomes warmer than the water.  The warm air over land rises, and gets replaced by the relatively cool air which resides immediately above the lake surface.  You can tell when a lake breeze forms when the wind abruptly becomes "onshore" (blowing from the water toward the shore).  Lake breezes generally form several hours after sunrise, and have speeds of around 10 mph.  Lake breezes generally dissipate in the early evening as the sun begins to set.  The spring and summer are the most common times of year for lake breezes.

Lake breezes can impact the weather in many ways.  In addition to shifting the wind and cooling the temperature, under certain conditions lake breezes can help to initiate thunderstorms.  Lake breezes are also responsible to keeping lake shores less cloudy, due to the fact that the cooler air found in a lake breeze tends to rise into cloud cover less readily.

2. How does the National Weather Service forecast lake breezes?

So what does this mean for us, sailors on Lake Michigan? If you're heading north or south, and conditions are favorable for a lake breeze, then you might want to stay near the shore to take advantage of the breeze. An important point to know is that if there is wind farther offshore, then there will be an area of convergence with very little wind between the lake breeze and the wind farther offshore.

Mackinac Island (The finish line of the Solo Mac Races) 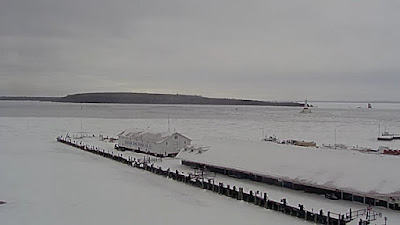 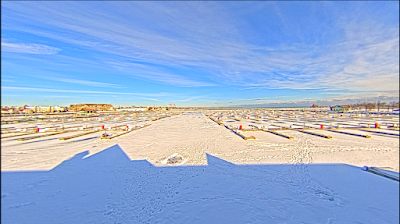 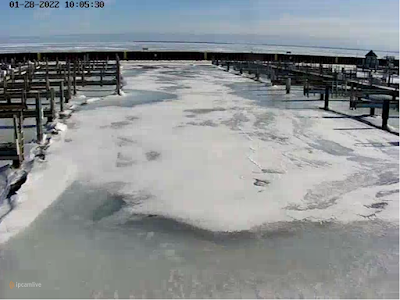 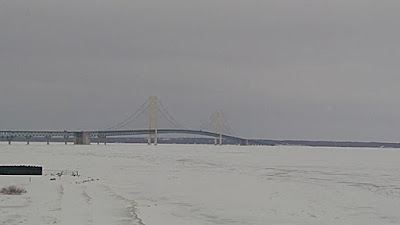 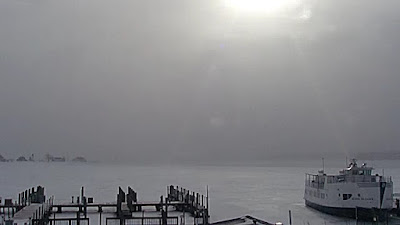 All pictures taken on morning of Friday, January 28, 2022