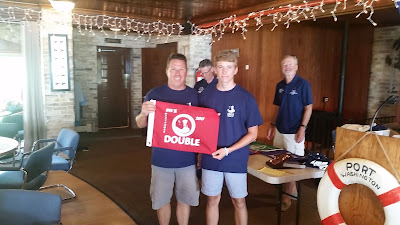 Awards: There will be classes for monohulls, with awards for first, second, and third place in each class. There will be a class for multihulls if at least three enter. There will be a minimum of five and maximum of ten boats per class, at the discretion of the race committee.

Notice of Race: Please see  2021 Notice of Race (pdf) for further details, yacht eligibility, and a printable entry form. Alternatively, you can fill out our online entry form, optionally attaching scans or photos of your race documents, and even send payment via PayPal.

Race Date: Thursday, June 10, 2021
Entry Deadline: May 25, 2021. Late applications will be accepted up till June 9, but may not include the free T-shirts or a participation flag.

Plan now to enter the 82nd challenge of one of the most storied yacht races on the Great Lakes. This year’s night race across Lake Michigan departs from Milwaukee, WI for Muskegon, MI on June 25, 2021.

Both Milwaukee’s South Shore Yacht Club and the Muskegon Yacht Club will provide an experience worthy of this 83rd Queen’s Cup Race.

The race is open to all boats with a valid 2021 Lake Michigan Performance Handicap Racing Fleet (LM-PHRF) rating certificate and Offshore Racing Rule (ORR) rating certificates. We will continue to have starts for the shorthanded fleet (with a limit of two crew per boat) and a cruising fleet for non-spinnaker monohulls.

The fee structure is based on boat length. This helps to make the fee schedule more affordable for smaller boats.
Registration will be open and the Queen’s Cup page on the SSYC website will be updated with the Notice of Race (NOR) and other documents by mid-February. 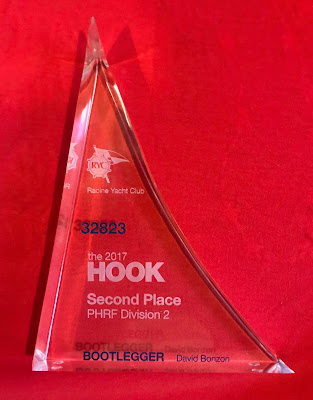 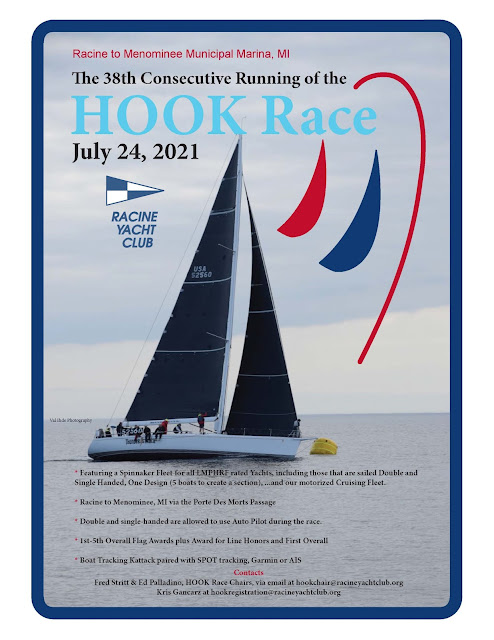 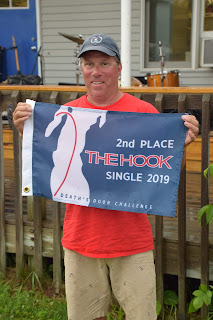 The HOOK Race is a 189 nautical mile/217.35 statute mile race on Lake Michigan held each year in July. The challenging event starts outside the harbor in Racine, Wisconsin, “hooking” through Death’s Door, a narrow and often treacherous passageway between Washington Island and Wisconsin’s Door County Peninsula, continuing across Green Bay, and ending in Menominee, Michigan. Originally run the same day as the Chicago Mac race, in 2021 the 38th consecutive HOOK will be held the weekend after the Mac, on July 24, 2021. In the following years, the HOOK will alternate to the week before the Mac (in 2022, July 16, 2022) and the week after the Mac.

The first HOOK was sailed in 1984 with 12 boats. It was envisioned as a shorter and less expensive alternative to the Mac. The race grew to over 70 boats until 2020 when COVID 19 forced the cancellation of the Mac. In 2020, over 100 boats registered for the HOOK and the number of registrants was capped at 100. That year Thunderstruck, a Farr 60 owned by Rick Henning, set a new course record of 21 hours, 9 minutes, 3 seconds of elapsed (uncorrected) time. Firefox, a Hunter 54 owned by Mark Westdale held the previous record in 1987 of slightly less than 24 hours of elapsed time. 94 boats started in 2020 and included five PHRF divisions, five One Design divisions (J 109, J 111, Beneteau 36.7, T10, S2 9.1), a Double Handed division, and the unique Cruising (motoring allowed, with restrictions) division. In prior years the HOOK also featured a Single Handed division and a Multi-Hulled division.

Events for the HOOK start Friday night before the race at the Racine Yacht Club. There’s a rum party, dinner, live entertainment, and a skippers’ meeting. On Saturday morning the Cruising division’s first warning is at 0830 hours followed by the racing fleet’s first warning at 0855. The elapsed time limit is 56 hours from the last division (PHRF 1) start. The finish line is between the Race Committee trailer on the north end of the pier at Menominee Marina and a large lighted inflatable buoy. Monday evening post race events at Menominee’s Great Lakes Memorial Marina Park near the Menominee Marina and band shell include a rum party, dinner, entertainment, and the awards ceremony.

All non- Cruising division competitors, including One Design divisions, require a PHRF certificate. The Cruising division is designed to give first time HOOK racers a taste of the competition and the race course. You may use your motor only as far as Chambers Island in Green Bay and must record your motoring time (which, of course, counts against you). Single Handed division sailors must show evidence of a prior 24 hour solo passage, completion of a LMSS (Lake Michigan Singlehanded Society) solo challenge event, or GLSS ( Great Lakes Singlehanded Society) membership.

The 2020 HOOK was one of only a few long distance races on the Great Lakes. The 2020 HOOK was exceptionally challenging due to heavy winds and weather. It received national coverage and sailors gave it highly favorable reviews. 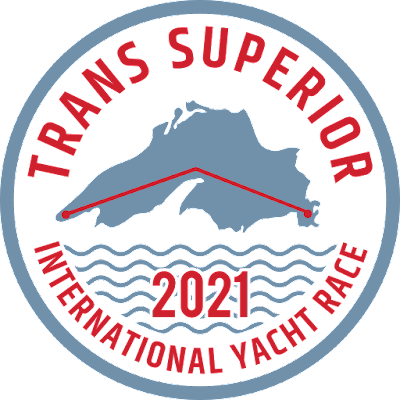 The Trans Superior was first held in 1969 as a challenge between two old friends from White Pine, Michigan. Dr. John Pierpoint's and Jack Soetebier's friendly challenge turned into a race involving 22 sailing yachts from all over the Great Lakes. The race was won by Tigress, a New York 36, sailed by George Lyons of Rochester, Michigan, in an elapsed time of 84 hours and 2 minutes.

The race has always been held every odd-numbered year. The 25th running of the Trans, the world's longest known freshwater sailboat race, will commence Saturday, August 5, 2017, at the Gros Cap Light in Whitefish Bay, near Sault Ste. Marie. The race start is scheduled for approximately 1300 hours EDT.

The race course, approximately 350 statute miles on this inland sea of Lake Superior, is from the lower end of Lake Superior defined by the Gros Cap Light near the mouth of the St. Mary's River, to a finish line extending from North Pier of the Duluth, Minnesota ship canal, to a white pin buoy some 150-200 yards south of the canal's south pier.

Surface water temperatures vary between 60 and 75 degrees. Surface water aside, Lake Superior's water temperature averages 40 degrees F. during the summer months and 39 degrees F. in the winter. Evening air temperatures during the summer months can be cool. The colder lake water can quickly and dramatically affect weather and sea conditions on the Lake and along its shores. Sailors sailing in exposed areas of the Lake, even during the more stable summer months, often experience dramatic wind shifts with velocities which can quickly build seas in excess of 10 feet.Early August on the 'Big Lake' has unpredictable weather as the rule, not the exception.

The Q RACE – a singlehanded race run since 1981 (now with a double handed section)—takes place approximately every-other year on the third Friday of August.  The next race will take place Friday, August 20, 2021 (tentative date). This singlehanded challenge is intended to encourage adventure, self reliance, and competition in the tradition of singlehanded sailing. While also a race, the primary focus of this challenge is accomplishing the goal of completing the course – relying on oneself, yet enjoying the camaraderie of like-minded sailors. We include a separate division — the DoubleHanded — as an introduction to the spirit of the singlehanded challenge. Additional information will be supplied to entrants.

Notice of Race: Please see the 2019 Notice of Race (pdf) for further details, yacht eligibility, and a printable entry form. Alternatively, you can fill out our online entry form, optionally attaching scans or photos of your race documents, and even send payment via PayPal.

Race Date: Friday, August 20, 2021 (tentative date, check back in 2021)
Entry Deadline: August 4, 2021, unless the limit of yachts has been reached first. Late applications will be accepted up until August 12, but shirts and participation flags may not be available.