Here's a good article from  Sail magazine (www.sailmagazine.com) on one of the races that I compete in. In 2015 I won the President's Cup, for fastest rookie on Lake Michigan, and this year I finished in 4th place, not where I wanted to finish. 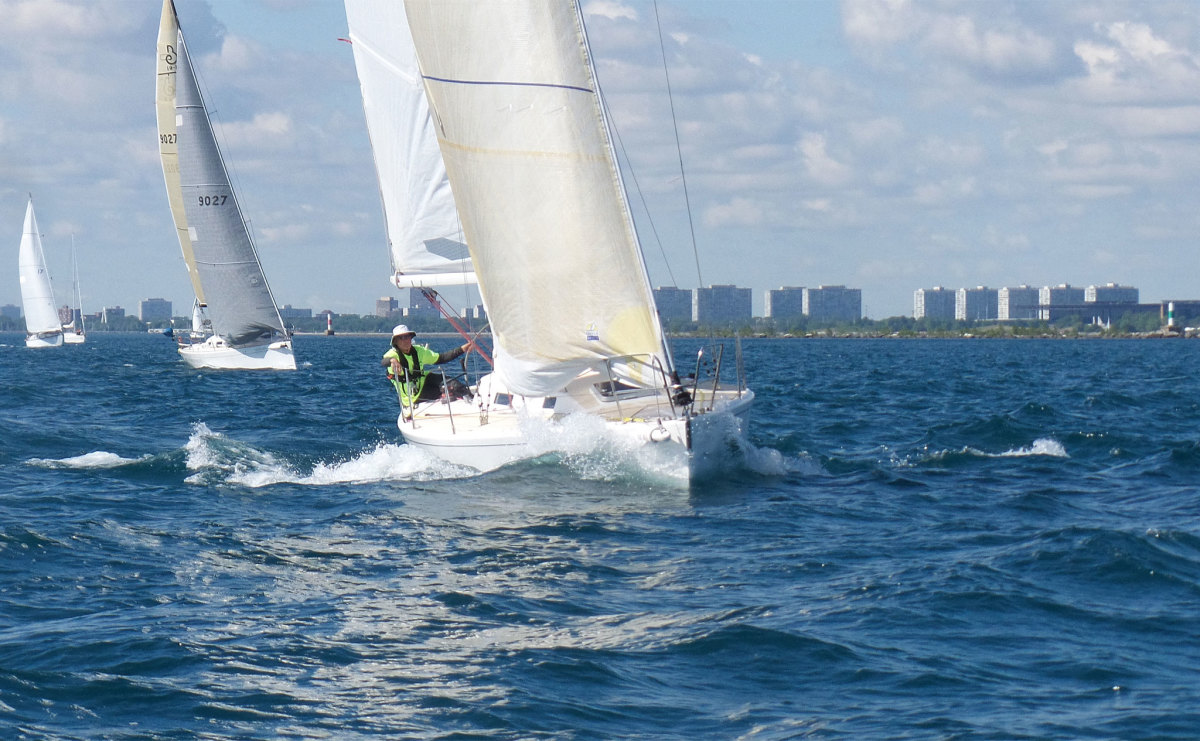 Back in the 1970s Ted Turner famously retracted his description of Lake Michigan as a “mill pond” after finding himself caught up in one of the roughest Chicago-Mackinac races in decades—and in many ways solo distance racing on the lakes is tougher still.

Granted, the rhumb line distances from Chicago to Mackinac Island (334 miles) or from Port Huron, Michigan, to the same place (230 miles) are substantially less than, say, the Bermuda One-Two or the Singlehanded TransPac. Nonetheless, the tactical challenges posed by the solo races run along these routes by the Great Lakes Singlehanded Society can make them just as tough as any solo event out there.

“I find ocean winds to be more predictable and reliable than inland waters… Some of the best sailors in the world come from the Great Lakes, because they must constantly shift gears quickly,” says Alan Veenstra, a veteran of the Newport-Bermuda and many crewed Chicago-Mackinac races—as well as eight solo Macs—and line-honors winner in the 2017 solo Chicago-to-Mackinac race aboard the Frers 53 Bumblebee.

Along these same lines, Veenstra’s younger brother, Mark, who won this year’s race on corrected time aboard the Tartan Ten Monitor, says he still considers the Newport-Bermuda a greater challenge due to the uncertainty of the Gulf Stream, but he adds: “Lake Michigan is very unpredictable. Finding favorable wind is always challenging.”

“The Solo Society is a special group,” says Mark Veenstra, who has now completed six solo Chicago-Mac races. “Finishing the race is the ultimate goal. There’s more camaraderie with the solo group. There’s always chatter on the radio. People are always encouraging and taking care of each other.”

Graham Sauser, who took sixth overall in this year’s Chicago race aboard the Beneteau Oceanis 352 Bangarang, agrees. “It’s a slightly different mindset. It’s not so much of a race as a challenge,” he says. “If you can complete the race, that’s regarded as being just as cool as the guy who won.”

The original article can be found here: https://www.sailmagazine.com/racing/solo-distance-racing-on-the-great-lakes
Posted by dbonzai at 5:20 PM