I was able to get into the harbor today, Tuesday, June 4 to check on Bootlegger. All of the pictures below were taken between 10 AM and noon with a water level of 34.88 ft., which should be the crest. Look at the post below for a comparison. 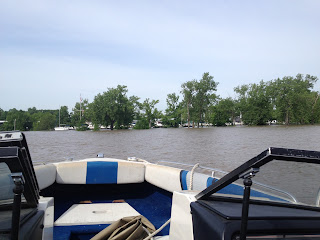 Approaching the harbor from the river. 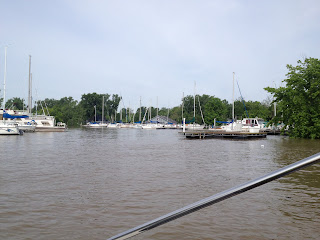 Just inside the sailboat harbor. 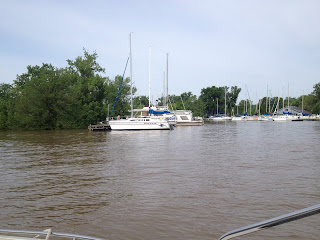 There's a road under all that water in front of the sailboats. 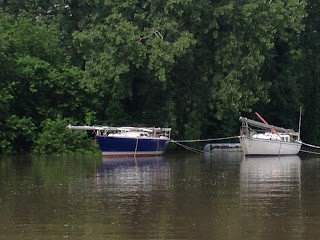 She floats. Actually, she's lightly bouncing on the bottom. 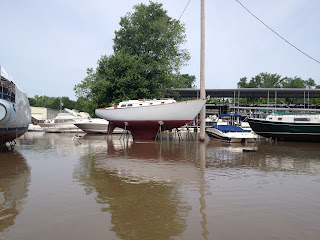 A friend's Hinckley 38 that was moved to a high spot right before the flood struck. She was located at a lower spot than Bootlegger. 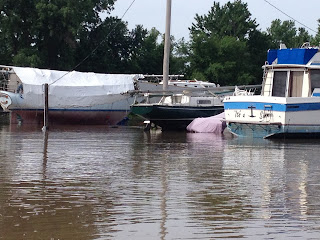 A Morgan 30 next to the Hinckley. 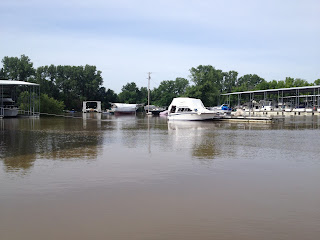 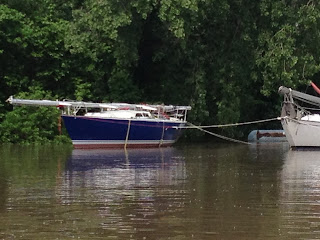 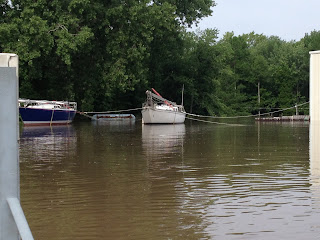 That's a propane tank floating behind Bootlegger, it's tied off to trees. What me worry? 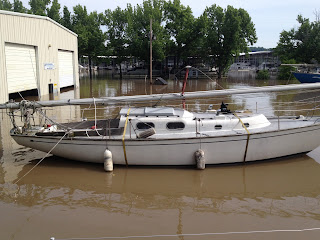 The Alberg 35 next to Bootlegger, also strapped to it's cradle. 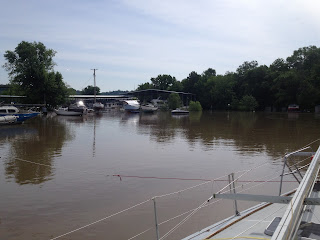 From the deck of Bootlegger. 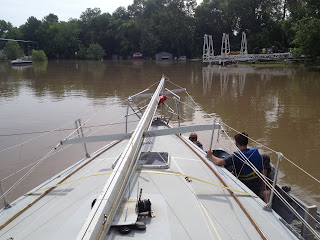 Another deck shot. The cockpit scuppers, drains, were clogged with leaves from the tree behind Bootlegger, but not a drop down below. 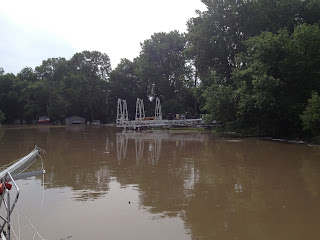 Bloch Marine's travel lift on the highest hill in the harbor. Just inches out of the water. 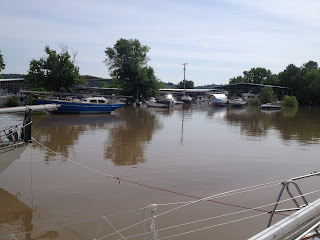 From the deck of Bootlegger. The blue Pearson 44 fell over in the last flood when the stands moved. 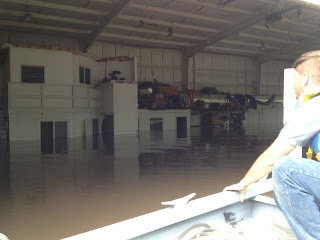 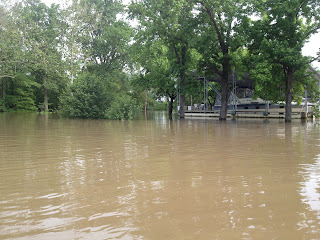 To the left is the entrance to the harbor. 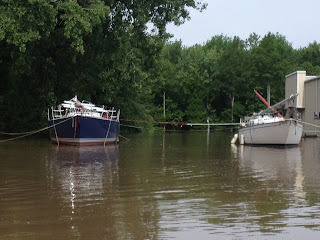 Bootlegger and the Alberg 35 tied together. You can see the anchor line off of the stern of Bootlegger. 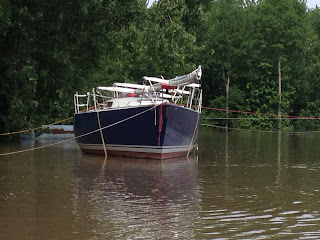 Bootlegger tied to trees and strapped to the cradle. 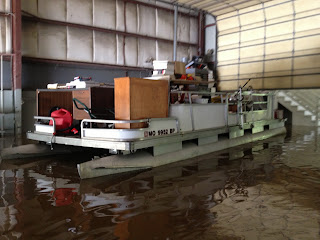 A pontoon boat inside of Bloch Marine's shop loaded with all of the office equipment on it. 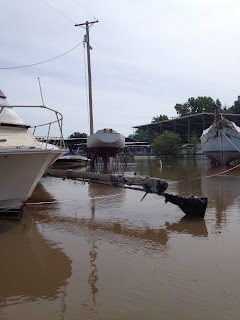 Stern view of the Hinckley 38. 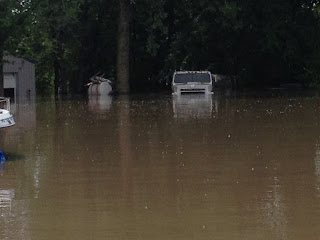 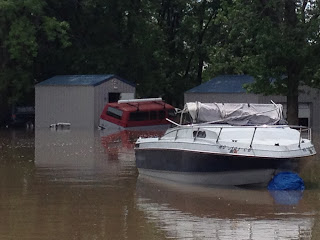 The red van is proof that when they there's a flood coming you probably should move your vehicle away from the river. On the other side of the shed is a green pick-up truck. Dumb ass'. 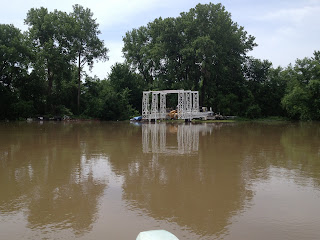 Another picture of the lift. 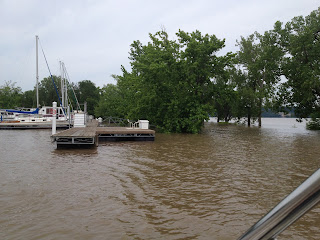 The Lakefront docks to the left, a road between the trees, and the river to the right. At least that's how it's supposed to be. 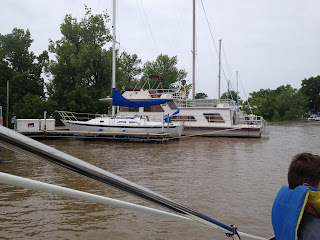 Veronica's Ericson 28 floating high and dry at her dock. What really surprised me was that power is still on at all of the docks.
Posted by dbonzai at 12:50 PM